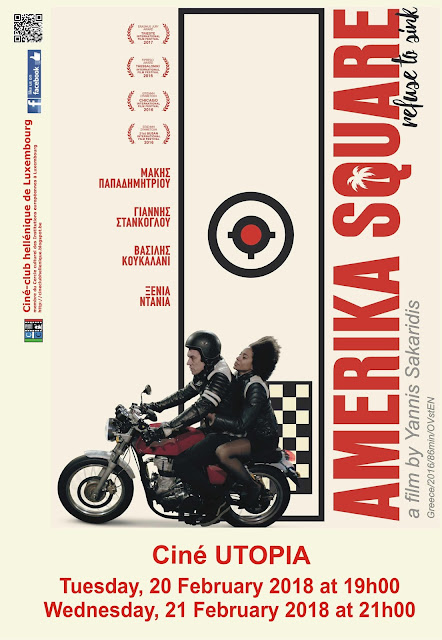 On Tuesday 20 February at 19:00 and on Wednesday 21 February at 21:00 the film America Square (Greece, 2016, 86 min, colour) by Yannis Sakaridis will be screened in cinema Utopia in the original Greek version with English subtitles. The film is not suitable for children.

Athens 2016. The complexities of immigration are exposed when four lives collide within the backdrop of Amerika square.

Two Greek friends, along with a Syrian ex-Military doctor, an African singer and a human trafficker each navigate the refugees' crisis in Athens. When one of their actions becomes the unthinkable, the others are forced to work together to escape the consequences. Mixing a kinetic visual style with ripped-from-the-headlines storytelling, Amerika Square is an unflinching look at the mass migration economy—where “borders are business.”

You can read more about the film on the Official Page and you can see the trailer here. The film is chosen as the official proposal for the Oscars for Greece this year.